To deter fraud, the U.S. Department of Agriculture (USDA) is strengthening enforcement of organic products, including the trackability of the source of origin and certification.

Agriculture cloud ERP is playing a key role in the tracking and tracing of organic produce to stop fraud in the food chain.

IoT devices connected to agricultural cloud ERP systems are making it next to impossible to falsify organic origins. The produce can be tracked from the farm and even the organic field where it was grown. Ag ERP systems used with the blockchain or other digital ledger technology (DLT) are providing an irreversible and unfalsifiable record of the chain of custody of food supplies.

The privatization of the agricultural sector is creating a void in the certification of products. Canada's agricultural sector, for example, is reporting a decline in orders from large customers, including Chinese buyers of canola and Indian buyers of lentils, because of a perceived decline in quality since wheat, grain, and other government boards have reduced their inspection and certification roles.

In its newly released organic product enforcement rules, the USDA expects digital ledger technology (DLT) powered by the blockchain to play a major role in tracking shipments and proving the organic origins of grains and produce. An agricultural ERP system running on the blockchain is emerging as the preferred way to track products in the food chain, reports Food Engineering.

Whether or not ag producers choose to use DLT or another tracking system, if you are producing organic products, agricultural cloud ERP systems will are becoming essential to comply with the new organic produce fraud prevention rules. Crucially, they can track the processes of each player in the ag supply chain—from the farmer and certifier to the transporter, inspector, and retailer.

To learn more about Agriculture Cloud ERP, contact a company near you.

Read in about 3 Minutes 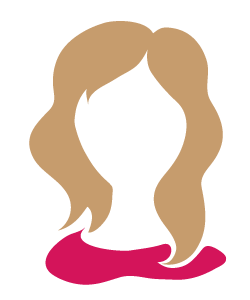